What Is the Roadmap to Climate Sustainability?

The Roadmap for Climate Sustainability is the Student Union of the University of Jyväskylä (JYY) programme of measures towards more sustainable and climate responsible operations. The roadmap defines when JYY’s operations will achieve carbon neutrality and how different actions towards climate responsibility will be prioritized. The first step in the programme of measures has been to map JYY’s current carbon footprint.

What Is Carbon Footprint?

How Was the Roadmap to Climate Sustainability Calculated?

The Division to Three Entitites 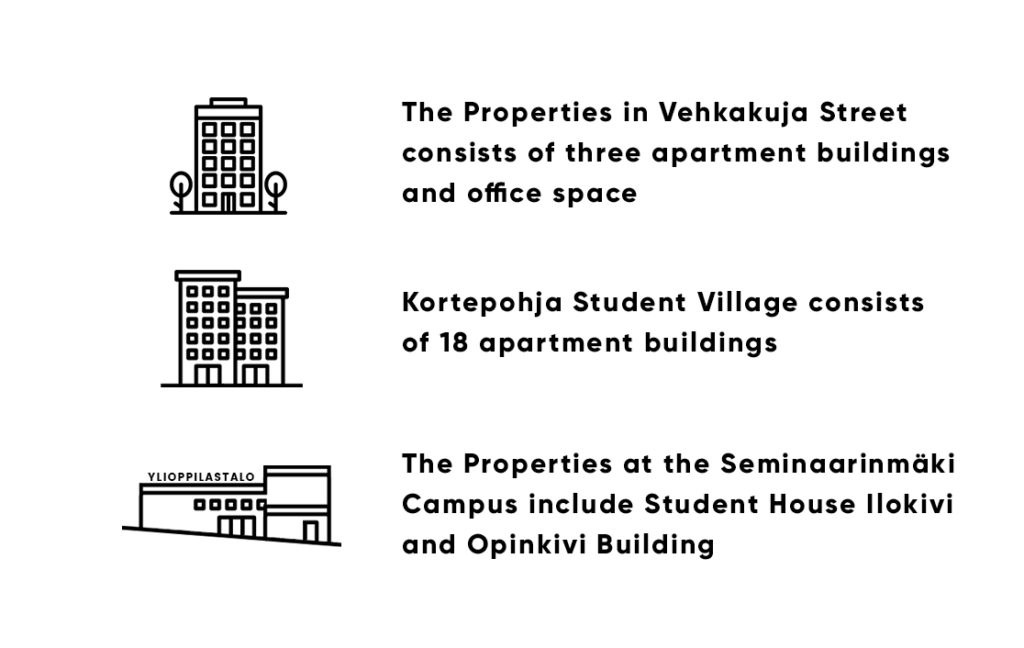 The Results of the Carbon Foorprint Report 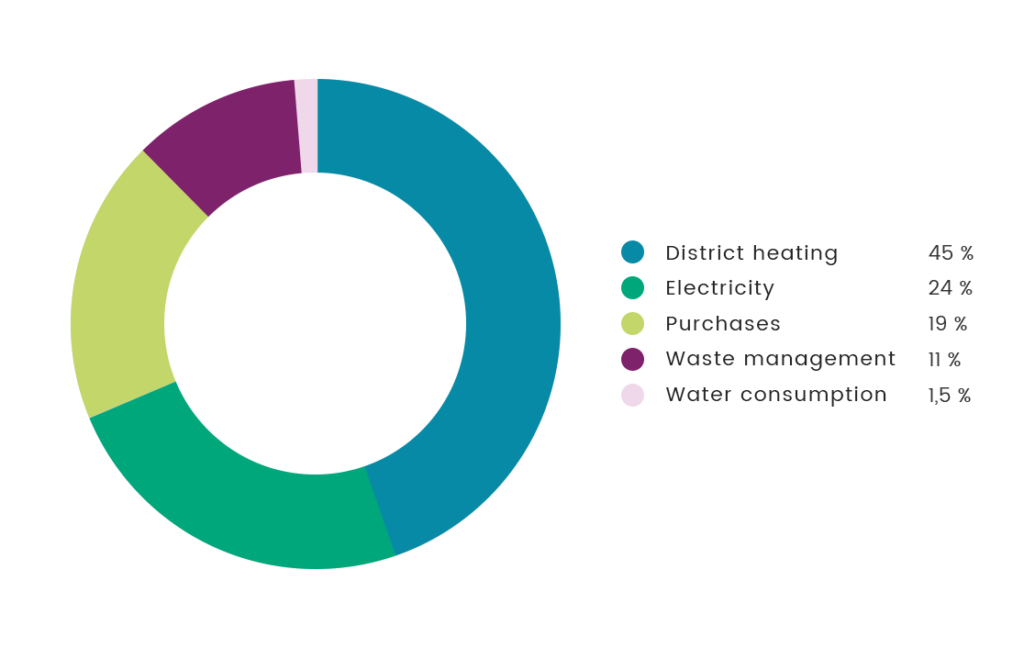 Five biggest carbon dioxide sources were district heating consumption (45%), electricity consumption (24%), purchases (19%), waste (11%) and water consumption (1,5%). According to the report the carbon footprint of a resident of Kortepohja Student Village is smaller than that of an average Finn.

a total of about 730 tonnes of waste was generated in the year 2019. Mixed waste accounted for 65% of all waste. Greenhouse gas emissions from waste consist mainly of mixed waste and biowaste.

Three biggest entities in purchased were: 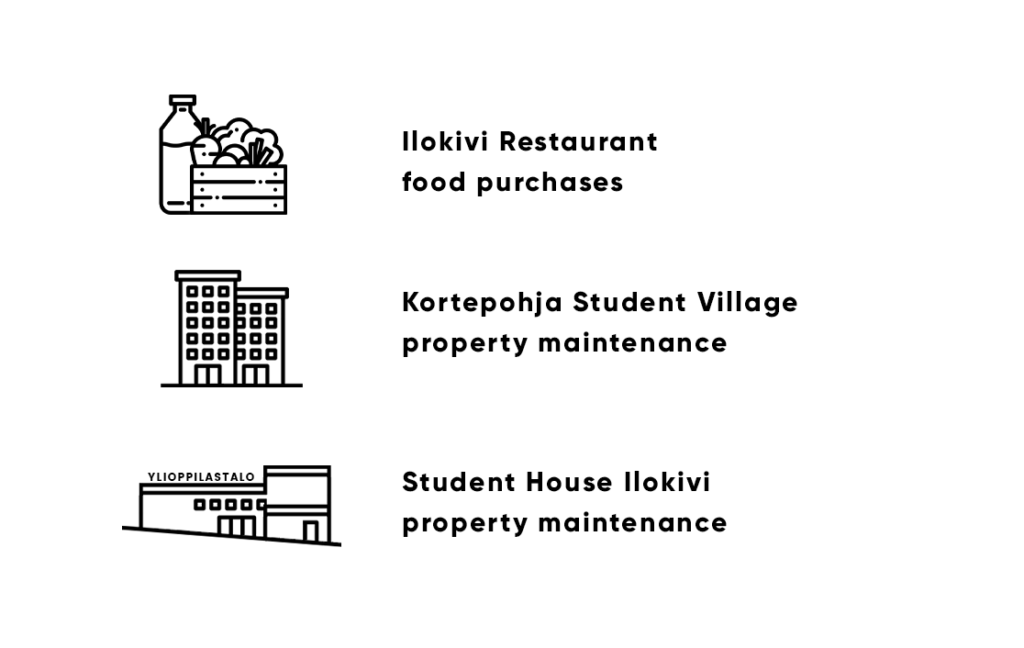 The energy efficiency of JYY’s buildings should be improved, as energy forms a significant part of JYY’s total emissions. In addition to energy efficiency all other purchases from food purchases to office supplies should be kept to a minimum and sustainable. JYY can also seek to influence it’s partners and interest groups by means of communication and lobbying.